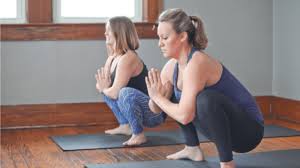 The term "yoga" is applied to an assortment of practices and methods that also include Hindu, Jain and Buddhist practices. In Hinduism these practices include Jnana Yoga, Bhakti Yoga, Laya Yoga and Hatha Yoga.

Yoga Sutras of Pantajali, which are the oldest known written compilation about yoga, include the Raja Yoga or the Ashtanga Yoga, (the eight limbs to be practiced to attain Samadhi). The ultimate aim of the yoga practice is to obtain Samadhi or unity of the individual self with the Supreme Being. Patanjali states that one can achieve this supreme union by elimination the 'vruttis' or the different modifications of the mind. The mind can in turn be controlled by right discipline and training of the body. The Yoga-Sutra of Patanjali comprise of:

Niyama - They include the personal observances of - Sauca (clarity of mind, speech and body), Santosha (contentment), Tapas (perseverance). Svadhyaya (study of self, self-reflection, study of Vedas), and Ishvara-Pranidhana (contemplation of God/Supreme Being/True Self)

Asana: Literally means "seat", and in Patanjali's Sutras refers to the seated position used for meditation.

Pratyahara - Withdrawal of the sense in preparation to meditation.

Samadhi - Liberating one's body to attain ecstasy.
Moreover, Patanjali has identified some basic obstacles that do not allow the mind from practicing yoga. He has divided them into 2 classes:

Antarayas (intruders in the path of yoga)

Vyadhi (physical illness) - If a body is suffering from some disease, it needs to be cured and restored to a healthy state. Disease causes disorder of the mind and makes it difficult to practice yoga or any other form of physical discipline

Styana (mental laziness) - The human desire to reap the fruits of action without any effort is not conducive to mental health. Strong will power needs to be employed to do away with this ailment.

Samshaya (doubt) - Faith is the only cure to dispel all arising doubts.

Pramada (heedlessness) - If one is oblivious to cultivate virtues, Yoga cannot be practiced.

Bhrantidarsana (false perception) - leads to self-conceit and needs to be kept away.

Anavasthitatva (falling away from yogic states attained)
There are 4 Viksepasahabhuvah

Daurmanasya - disappointment due to non-fulfillment of desires and ambition.

Angamejayatva - restlessness of the limbs due to mental agitation.

Shvasa and prashvasa - forced inhalation and exhalation. Controlled breathing or a balance in breathing exerts a calming influence in the mind.
Patanjali states that these impediments can be removed through meditation and devotion to God; which will pave the way for self-realization.